A few of the Cretan pictograms on Medallion E, Knossos, lend themselves to possible/probable/definite decipherment. These are:

Everything else is indecipherable.

Of these pictograms, a few might be susceptible to some sort of interpretation. These have note numbers following them in this form [1] [2] [3] [4]. [1] appears to be a variant of the pictogram, later the Linear A and Linear B syllabogram NI, which means “figs”. Both [2] and [3] could represent a bee, since the bee insignia is commonplace on Minoan pendants and necklaces. [4] appears to represent ships.

All 156 of the pictograms I have posted here on Linear A, Linear B, Knossos & Mycenae, are Class B pictograms, because they are incised on tablets, nodules and pendants in the same way Linear A and Linear B texts are incised in their respective syllabaries. Class A pictograms are more archaic than Class B, and appear mostly on stamps and seals. I shall display a few of the latter in upcoming posts. Class A pictograms, which often resemble Egyptian hieroglyphics, are all but indecipherable, although a very few may lend themselves to tentative decipherment. A few Class B pictograms, especially in the moderately complex to complex range, also close mirror Egyptian counterparts, and may convey similar or the same meanings. On the other hand, some, most or all of them may not. There is simply no way of knowing. 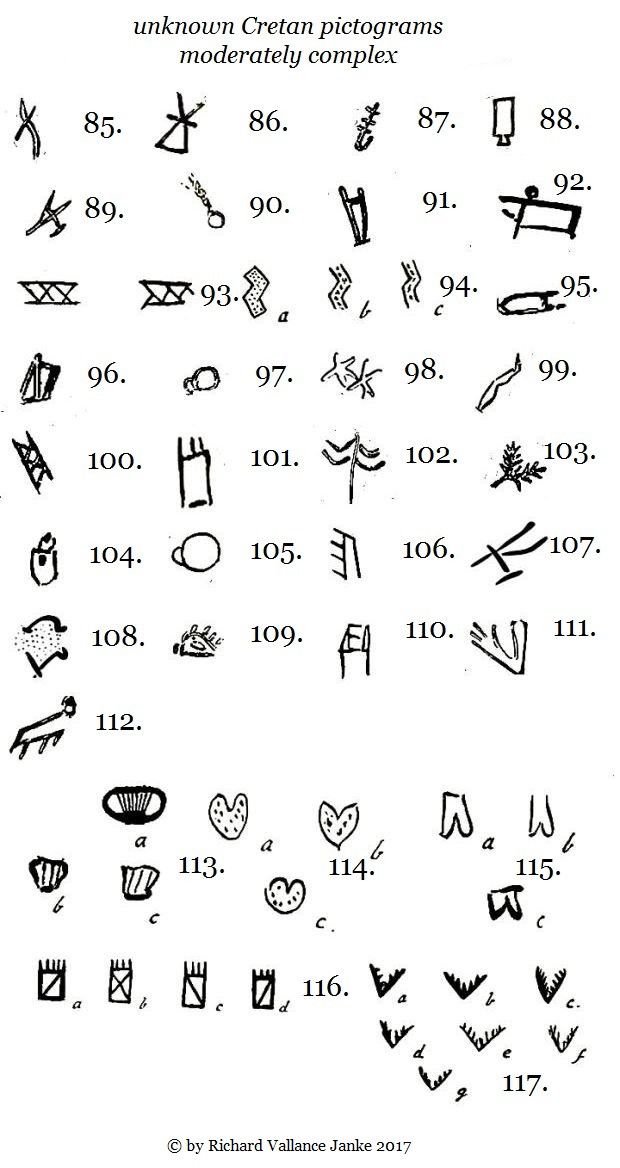