Supersyllabograms on the large Linear A tablet in the A.Y. Nikolaos Museum, Crete:

5 a hook which symbolizes a handle

NOTE that all of the supersyllabograms on this tablet deal with vessels and pottery.

Linear A contains 27 supersyllabograms, some of which are Mycenaean-derived New Minoan (NM1) and others Old Minoan, i.e. in the original Minoan substratum, as illustrated in this table: 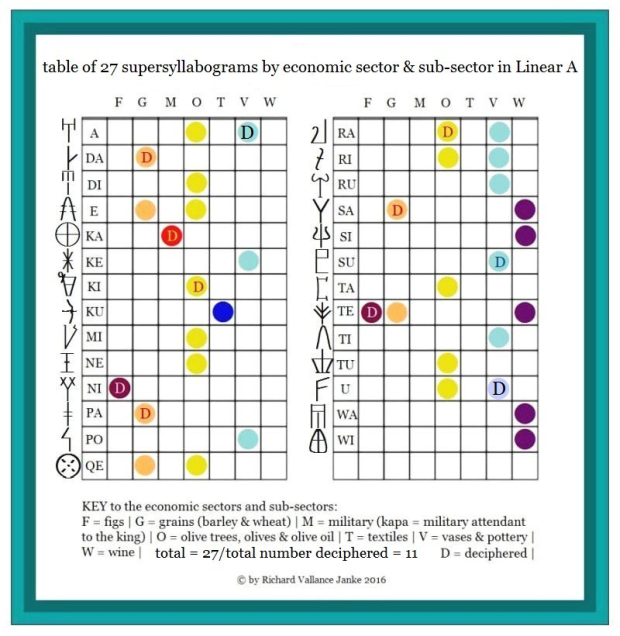 All About Sypersyllabograms: Their Enormous Impact on the Nature of Linear B – Everything you ever wanted to know, but were afraid to ask!