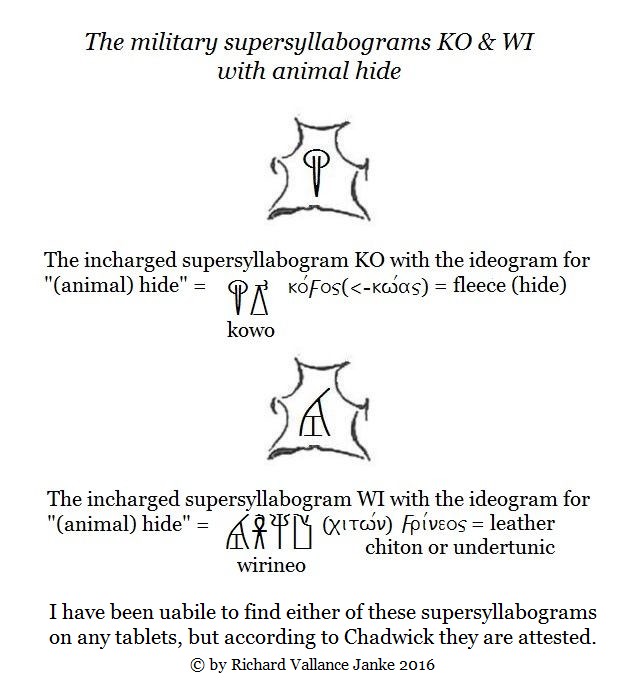 The military supersyllabograms KO kowo = “fleece” & WI = (kito) wirineo = “leather (chiton)” with (animal) hide are the last two we can account for in the military sector. Although I have not been able to find either of them on any extant Linear B. Tablet, they are attested according to John Chadwick.

The Famous Linear B Tablet, “Rapato Meno”, the Priestess of the Winds & the Goddess Pipituna, Knossos KN Fp 13: Click to ENLARGE