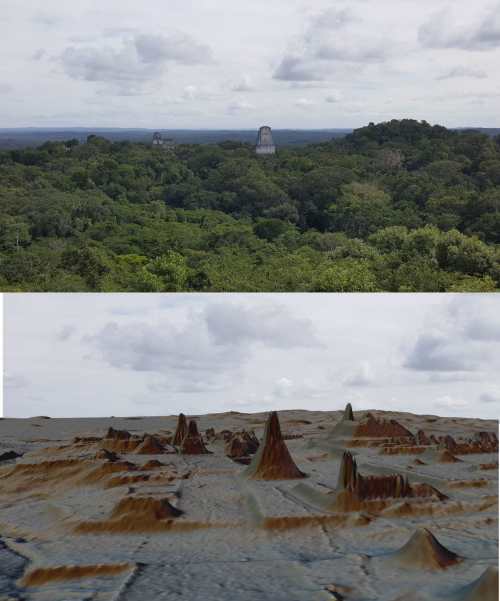 In the autumn of 1929, Anne Morrow Lindbergh and her husband Charles flew across the Yucatán Peninsula. With Charles at the controls, Anne snapped photographs of the jungles just below. She wrote in her journal of Maya structures obscured by large humps of vegetation. A bright stone wall peeked through the leaves, “unspeakably alone and majestic and desolate — the mark of a great civilization gone.”

Nearly a century later, surveyors once again took flight over the ancient Maya empire, and mapped the Guatemala forests with lasers. The 2016 survey, whose first results were published this week in the journal Science, comprises a dozen plots covering 830 square miles, an area larger than the island of Maui. It is the largest such survey of the Maya region, ever.