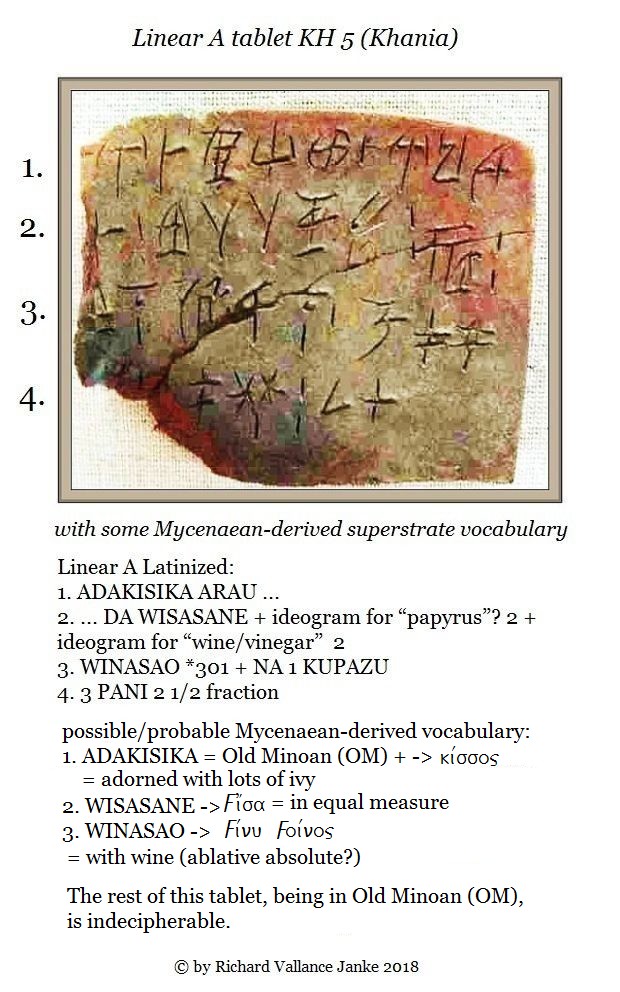 This tablet, which significantly dates from 1450 BCE, right at the time of the transition from the Linear A to the Linear B syllabary, appears to have 3 Mycenaean-derived words inscribed on it. Because it was probably one of the very last tablets inscribed in Linear A, it could just as well have been inscribed in Linear B. The first two syllables of ADAKISIKA, i.e. ADA, are Old Minoan (OM), falling within the substrate of the original Minoan language. Both ADA and ADU appear to deal with large(r) quantities in the Minoan language. And the first and second words, ADAKISIKA + WISASANE = adorned with plenty of ivy in equal measure, make for a perfectly acceptable phrase. WINASAO very much appears to be a variant of Linear A WINU, which means wine. It may be cast in an archaic Minoan ablative absolute, which would perhaps explain its orthography.

Since the rest of this tablet is in Old Minoan (OM), the language of the original Minoan language substrate, it is indecipherable.