In this life or the next… a marvelous translation into ancient Greek and Mycenaean Linear B:

I just received an e-mail today from Brian Wyble, who sent me the inscription in English, ancient Greek and Linear B you see here: 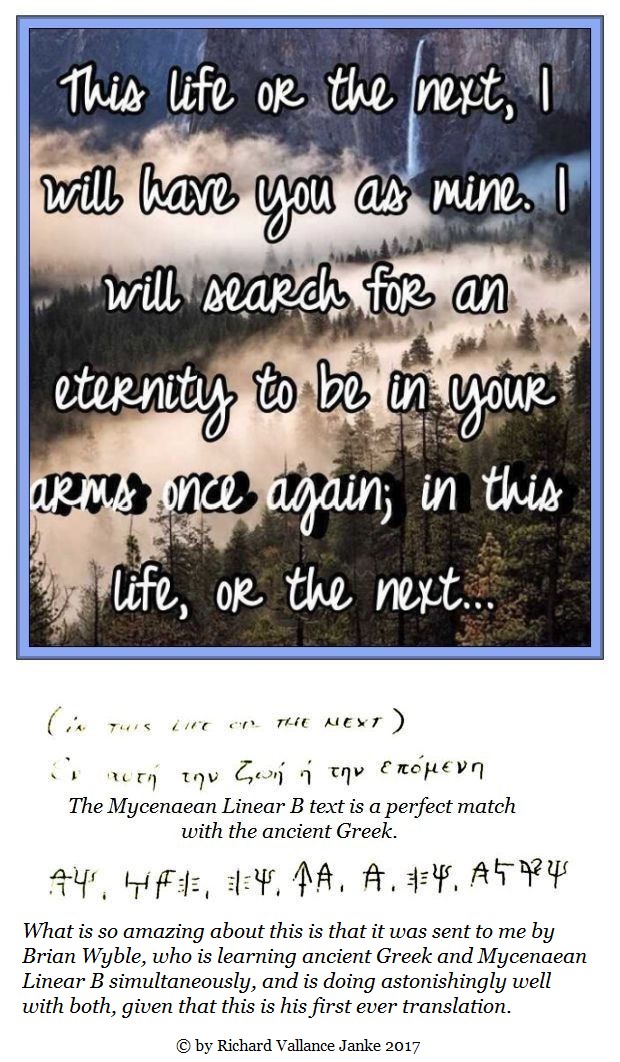 What is so astonishing about his translation into both ancient Greek and Mycenaean Linear B is that he got both bang on, even though this is his first ever attempt at writing in both scripts. Given that he is just now learning ancient Greek and Mycenaean Greek simultaneously, I am frankly astonished by his amazing achievement. I have invited him to follow Linear A, Linear B, Knossos and Mycenae, and to start learning Linear B in earnest, so that he can soon turn to deciphering Linear B tablets. And believe me, as my colleague Rita Roberts can only too well attest to, he has his work cut out for him, in view of the fact that there are at least 1,000 tablets I can send him for decipherment.