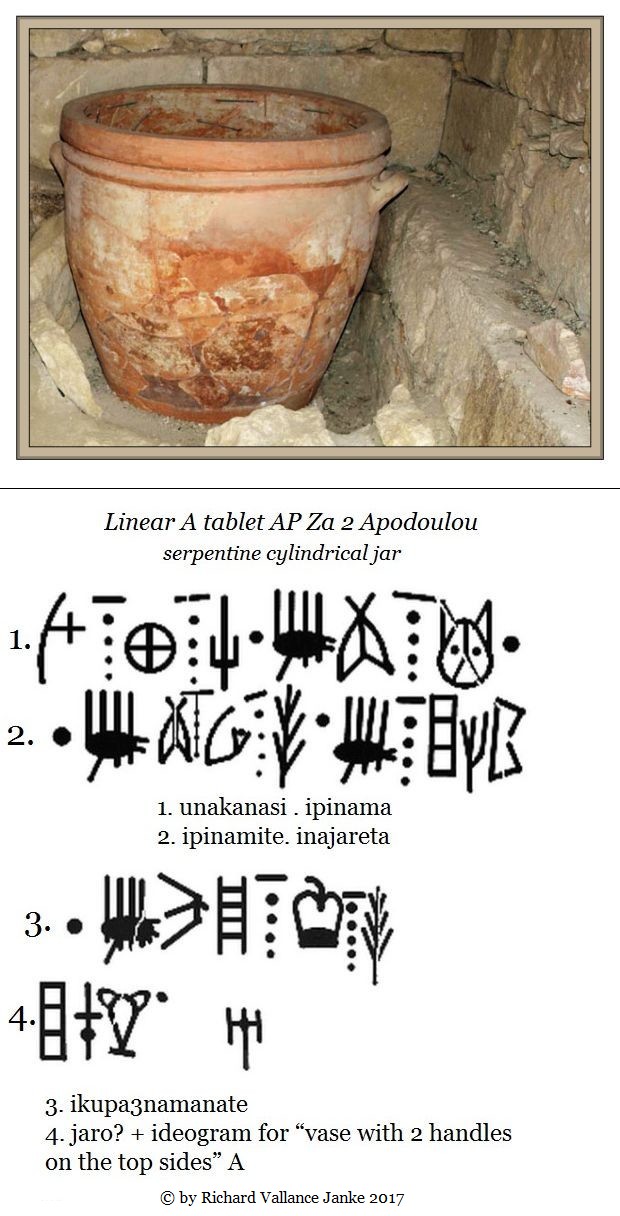 One thought on “the Linear A vessel (vase) AP Za 2 from Apodoulou: mostly topomastics and epomastics?”